Chelsea are lining up a swoop for Edinson Cavani to replace Eden Hazard if the Belgian leaves the Stamford Bridge in the summer, according to French media outlet Le 10 Sport, as quoted by the Daily Star.

The Blues will look to sign Cavani if Hazard joins Real Madrid this summer. 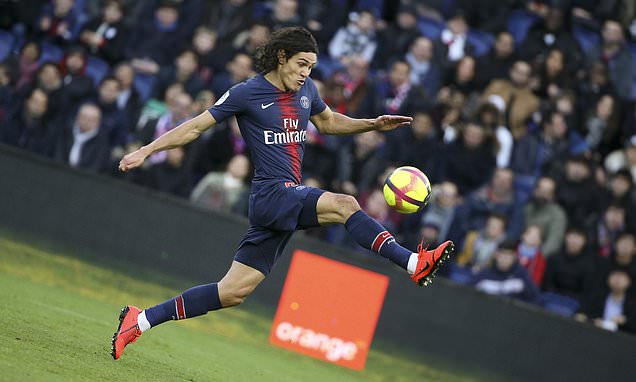 The west London outfit have identified Cavani as an ideal candidate to replace Hazard, who has been consistently linked with a move to Madrid.

Paris Saint-Germain forward Edinson Cavani has been a long-term target for Chelsea.

Chelsea could look to sign the Uruguay international given his ability to have an immediate impact as the League Cup finalists look to fight a transfer ban.

Cavani, who joined PSG from Sarri’s former club Napoli in 2013, has scored 17 times in 16 Ligue 1 appearances this season.