Liverpool are currently looking like the favourites to sign Bayern Munich midfielder Thiago Alcantara in the summer transfer window, according to the Spanish media outlet Mundo Deportivo via The Sun.

The Merseyside outfit have moved ahead of Paris Saint-German in the race to sign the Spain international as the Reds are willing to meet Bayern’s valuation of £27m for Thiago, who has just a year left to run on his contract. 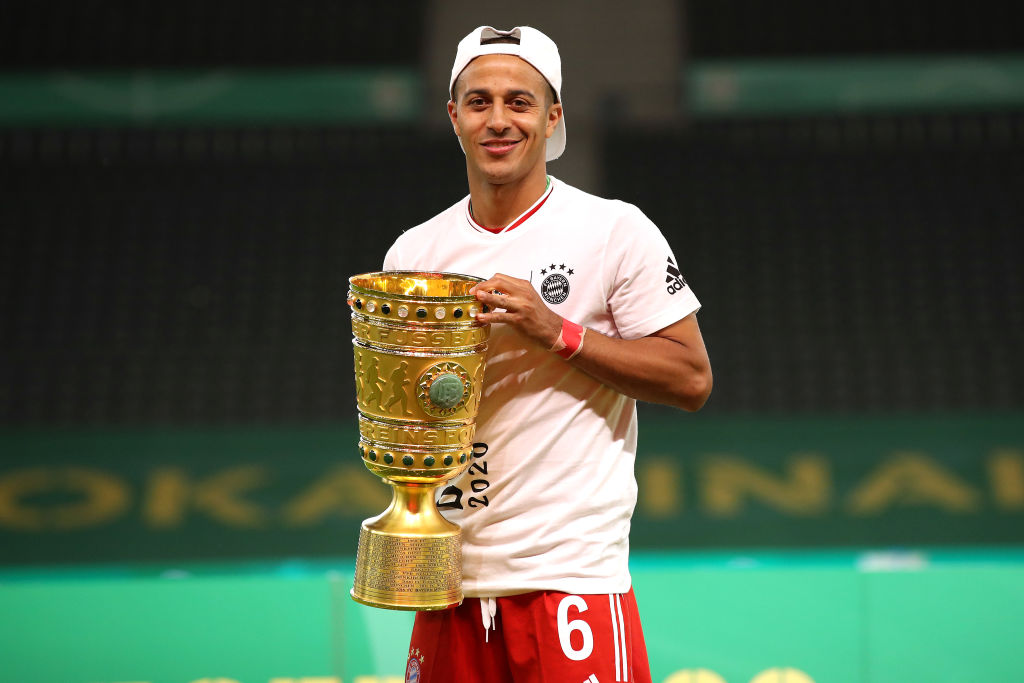 The report goes on to claim that the Spanish attacker has made it clear to the Bavarians that he wants to leave the club in the summer to kickstart his career in a new country.

The Bayern star has won seven successive Bundesliga titles, four German Cups, the UEFA Super Cup and the FIFA World Cup during his spell at the Allianz Arena.

Thiago has scored 31 goals in 231 games in all competitions since arriving from Barcelona in 2013.

Liverpool won the Premier League title with seven games to spare during the 2019-20 campaign ahead of Manchester City.