Real Madrid midfielder Cesar Gelabert is reportedly on the radar of Arsenal ahead of the summer transfer window.

The 19-year-old attacker is yet to make his first-team debut for Real Madrid but has appeared on 13 occasions for the Segunda División B outfit during the 2019-20 campaign, netting one goal in the process. 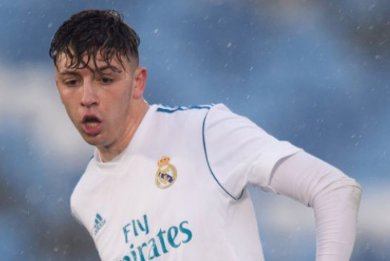 Gelabert has a deal at the Santiago Bernabeu until June 2021, and according to AS via Mirror, the Gunners are ‘keeping tabs’ on the teenager as they weigh up an approach ahead of a new season.

Lyon and Borussia Dortmund are both also said to be keen on the Spaniard who previously scored two goals in eight appearances for Spain’s Under-17 team.

Gelabert has been operated as a winger for Real Madrid Castilla this season.