Paris Saint-Germain midfielder Adrien Rabiot remains the subject of interest from Liverpool despite Barcelona still lead in the race to sign him from French champions.

The Mirror suggests that Reds head-coach Jurgen Klopp is a ‘keen admirer’ of the Frenchman, who scored in PSG’s 3-0 victory over Caen in the Ligue 1 opener of the season on Sunday. 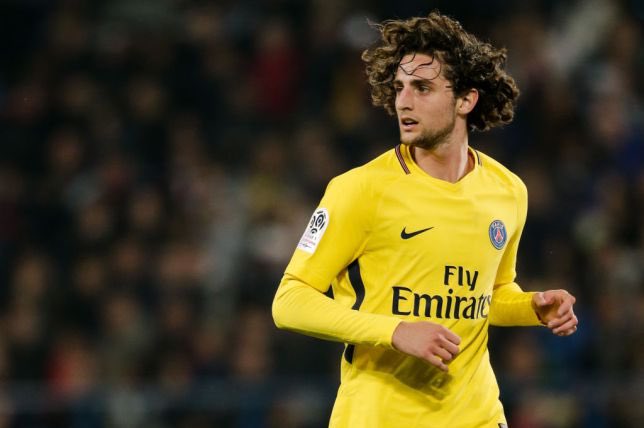 The Merseyside outfit face an anxious wait to see if Barca make a swoop for the 23-year-old before the Spanish window shuts down on August 31.

The midfielder has so far refused to pen down on a new contract and would be available on a free transfer next summer if he does not come to an agreement with the Parisians before then.

“It’s not certain if Adrien stays at PSG. It all depends on him,” PSG manager Thomas Tuchel told reporters.

“For me he’s a great player He can grow even more and become a top player.”

Rabiot racked up over 200 appearances for the Ligue 1 giants since making his debut in 2012, with 22 goals in all competitions.