Liverpool have reportedly made an enquiry about the availability of Napoli left-back Faouzi Ghoulam this summer, according to reports in The Daily Mail.

The Reds have “asked” about the possibility of signing the Algerian international ahead of the 2017-18 campaign.

The Merseyside giants are thought to be on look out for reinforcements in the defence area after James Milner filled in for most of last season. 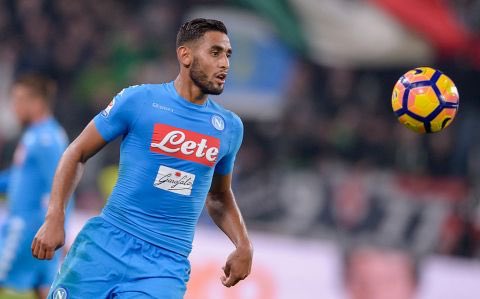 The report adds that Jurgen Klopp’s side have rejected an £11m bid for Napoli’s Alberto Moreno but the Premier League giants are still keen on signing the 26-year-old left-back.

The report also claims that Liverpool have shown an interest in signing the left-back earlier in the past but a possible move is now back on the cards.

The Reds have completed their second summer acquisition on Thursday when they confirmed the arrival of Mohamed Salah from AS Roma.