The Red Devils did not sign a new forward during the summer despite allowing both Romelu Lukaku and Alexis Sanchez to leave the club for Inter Milan.

Anthony Martial remains out of the action through injury, leaving Mason Greenwood as the only option to Marcus Rashford, who has been struggling to score this season. 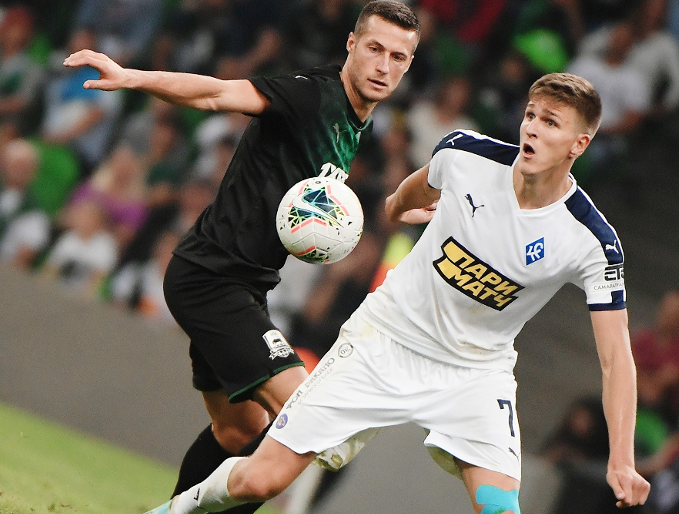 United head-coach Ole Gunnar Solskjaer recently admitted that he would be looking to sign a new striker when the mid-season transfer window opens in January.

With the likes of Moussa Dembele and Mario Mandzukic both have been linked with moves to the 20-time English champions, but according to The Sun, United are also keeping close tabs on Sobolev.

The report adds that scouts from the north-west giants have watched the 22-year-old Russian during the 2019-20 campaign, where he has managed to score eight goals.

Sobolev has scored 19 goals in 38 appearances for his Samara-based club since arriving from Tom Tomsk.