Manchester City are close to completing a deal to sign Estudiantes starlet Dario Sarmiento, according to Italian journalist Fabrizio Romano.

The 17-year-old winger has made 12 first-team appearances for Estudiantes, and a recent report suggested that City had held discussions over a potential move for the teenager. 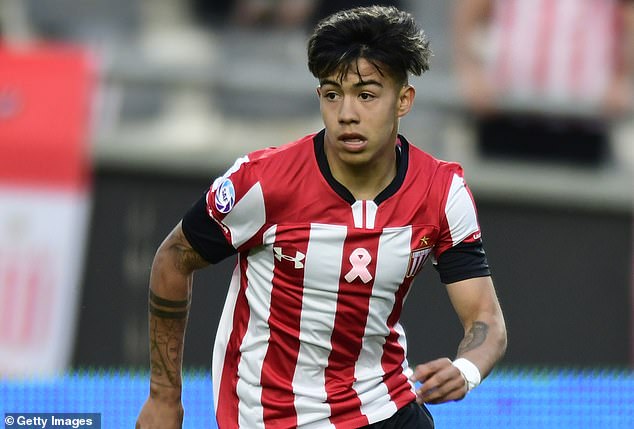 According to Romano, Pep Guardiola’s side are now closing in on the signing of the attacker, who could end up costing City in the region of €19m.

“#MCFC close to complete the signing of Dario Sarmiento [17 years old] from Estudiantes. The ‘real’ fee will be €9m + add ons [potentially €19m],” Romano wrote on his official Twitter account.

Sarmiento primarily operates as a right-sided winger but can also play in the middle.

The Argentine made his professional debut at the age of 16.

Talks progressing between Kevin de Bruyne and Manchester City board to extend his contract. ‘Here we go’ territory expected soon.#MCFC close to complete the signing of Darío Sarmiento [17 years old] from Estudiantes. The ‘real’ fee will be €9m + add ons [potentially €19m]. 🔵