Juventus will reportedly reignite their interest in Barcelona star Ivan Rakitic – six months after initially trying to sign him.

The Italian champions were close to signing the 31-year-old midfielder on deadline day. However, the move fell through. 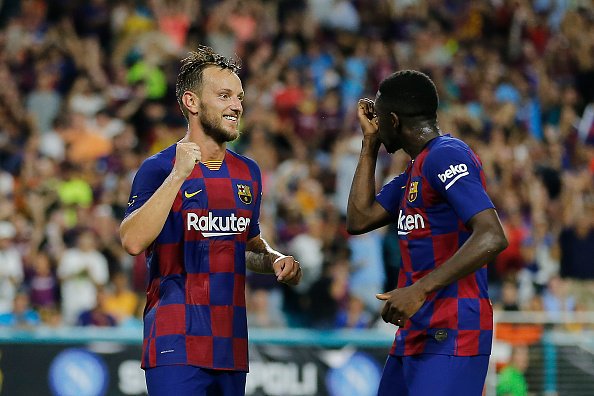 According to Tuttosport, despite having their approaches rebuffed during the summer, Juve will return for the Croatian who is still determined for the move to happen though.

With the arrival of Frenkie de Jong pushing Rakitic further down the pecking order at the Camp Nou.

The former Sevilla midfielder was also believed to be one of a number of players that the Spanish champions have tried to use in a part-exchange deal for Neymar in the summer, which has left him feeling marginalised.

Rakitic has won four La Liga titles during his time at Barcelona.