The Merseyside outfit Everton are reportedly close to ending their search for a goalkeeper, indicating the club is prepared to pay £17m in order to sign Jordan Pickford from Sunderland.

Earlier report suggested that, Sunderland head coach David Moyes insisted that Pickford would remain at the Stadium of Light for another 12-months, but now it appears that a big-money offer could force their hand. 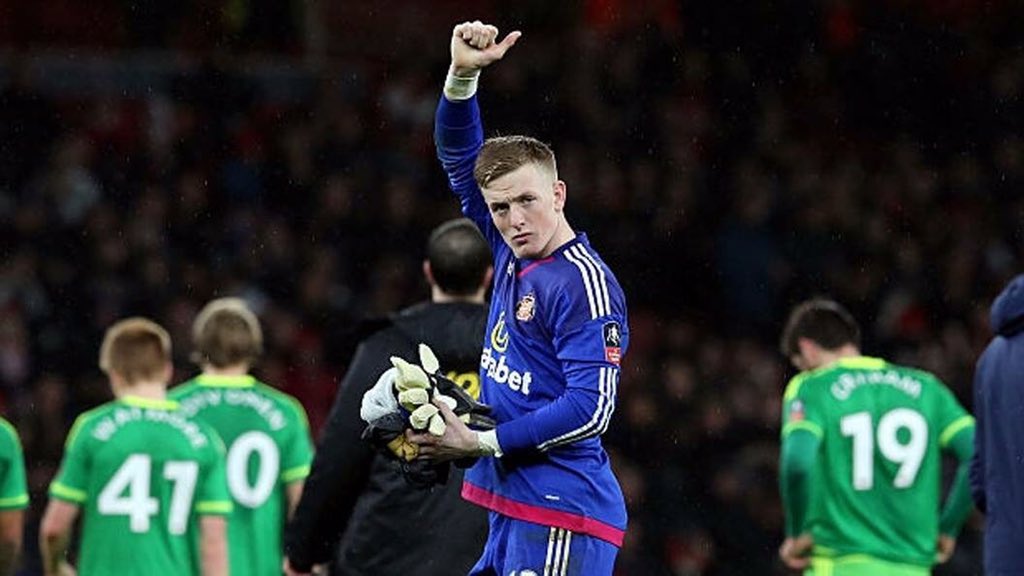 According to The Sun, Everton manager Ronald Koeman is closing in on a deal to bolster his squad by bringing in a new number-one stopper.

Pickford, 23, has been one of The Black Cats’ few impressive performers, and his displays between the sticks have earned him recognition on the national team, with England boss Gareth Southgate considering to introducing him to the Three Lions setup.

Meanwhile, other English clubs are likely to hold an interest in the goalkeeper, but Toffees hope that their £17million move and the guarantee of first-team football at the Goodison Park will give them the edge over their rivals.