La Liga gets underway on the 18th of August with a number of top-flight sides currently ramping up their preparations ahead of the new campaign. Valencia will be hoping for significant improvement this time around after finishing 12th during a tumultuous season that included a brief flirtation with the bottom three. However, they’ve picked up some notable pre-season results despite missing out on a number of top transfer targets.

Valencia required club legend Voro to guide them away from the dreaded drop zone last season following the departure of Cesare Prandelli at the end of 2016. The squad had been underperforming for the majority of the season and conceding soft goals left, right and centre. He eventually guided the side to a mid-table finish before making way for new boss Marcelino.

The former Villareal coach has overseen a productive pre-season period that has included victories over Bundesliga outfit Werder Bremen, Sporting CP and a 1-0 victory over Eddie Howe’s Bournemouth. Los Che have looked well-organised and efficient at the back keeping four clean sheets this summer.

Dani Parejo has been handed the captain’s armband this season and he gave his side the lead at the Weser Stadion last weekend and his influence this season will be key. However, the squad still looks short of quality and Marcelino has expressed his frustration at the clubs failure to land some of their top targets.

Gabriel Paulista is the latest name linked with the club although the Brazilian is currently sidelined through injury. Marcelino has confirmed the club is interested in recruiting a new centre-back and Gabriel is just one of many players who fit the mould. Inter defender Jeison Murillo appears to favour a move to Spain despite being linked with moves to both Arsenal and Spurs and would be a superb addition to the squad. 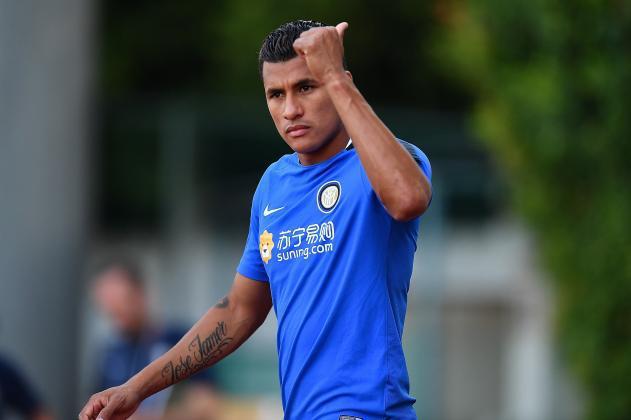 Murillo’s Inter team-mate Geoffrey Kondogbia has also been linked with a move to the Spanish outfit but the two parties have been unable to agree a deal for the powerful centre-back and negotiations continue. Meanwhile, PSG defensive midfielder Grzegorz Krychowiak has been heavily courted by Los Che but the transfer appears to be moving along at an incredibly slow pace.

Real Madrid and Barcelona are joint-favourites for the title this year. Valencia are as big as 300/1 to overthrow the pair; however, a more realistic 13/2 is available on Marcelino guiding his side into the top four.

Alvaro Negredo has departed the Mestalla this summer joining Besiktas whilst Aymen Abdennour is expected to follow him out of the door. The big Tunisian defender threw his shirt into the crowd following their 2-1 friendly victory over Werder Bremen last weekend and has been linked with a number of clubs including Watford and West Ham.

The Valencia fans have enjoyed a fruitful pre-season campaign and expectations will have risen a notch as a result. There is still time to add to their squad ahead of kick-off but any new arrivals will require time to gel with their new team-mates. Los Che have looked excellent under their new boss thus far and they look set for a much-improved campaign this time around but they must start tying down those transfer targets if they are to progress.