Tottenham Hotspur are expected to wrap up a deal for Cagliari midfielder Nahitan Nandez.

The 25-year-old, who was heavily linked with Leeds United earlier this summer, contributed two goals and three assists in 34 appearances for the Italian outfit last season. 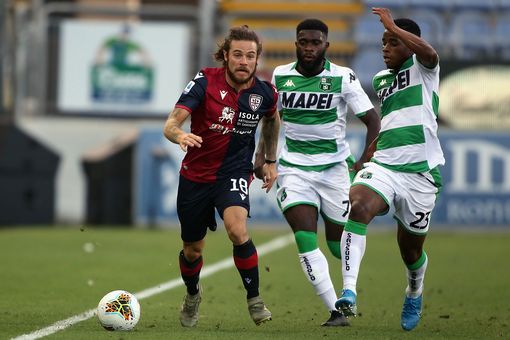 The Uruguay international still has three years left to run on his contract, but the speculation surrounding his future continuing to rage over the last couple of weeks.

Spurs were in contact with Cagliari to discuss a possible deal before this summer’s transfer window shuts down for business.

According to Calciomercato, the Premier League giants are now closing in on the Uruguayan, who could move to north London on loan for the 2021-22 campaign.

The report adds that Tottenham are likely to pay in the region of €5m to loan Nandez with an obligation to buy for €20m next summer.