Manchester City and Liverpool could reportedly slug it out during this summer’s transfer window for the signature of Bayern Munich midfielder Thiago Alcantara.

The 29-year-old will see his contract at the Allianz Arena expire at the end of next June and he is widely expected to leave the Bundesliga champions before the market closes in early October. 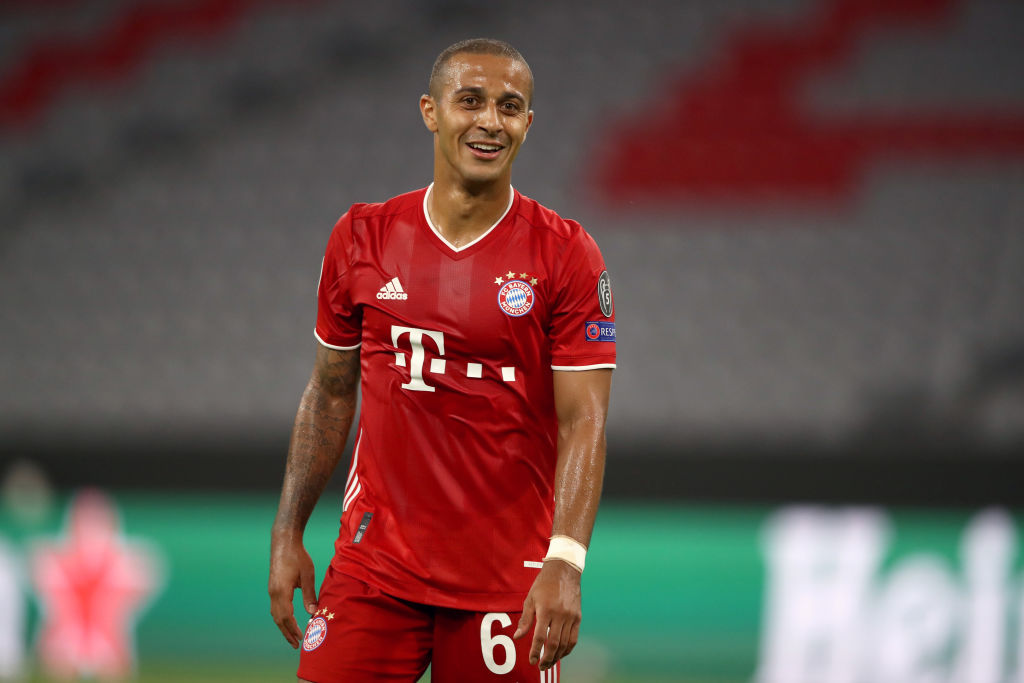 Liverpool have been strongly linked with the Spain international over the last few weeks, but according to Bild, Manchester City have now joined the race.

The report adds that City have outbid their league rivals, with manager Pep Guardiola determined to bring Alcantara to Etihad ahead of next season.

The Spaniard has again been a key player for the Bavarians this season, contributing three goals and two assists in all competitions.

Alcantara is allegedly valued by Der FCB in the region of £30m.