According to The Sun, Manchester United’s Marouane Fellaini has been reportedly linked with a move to Sunderland this summer.

The newly appointed Sunderland manager David Moyes keen on signing the Belgian to the Stadium of Light. The Scotsman has previous worked with the 28-year-old midfielder, first at Everton and at Manchester United. 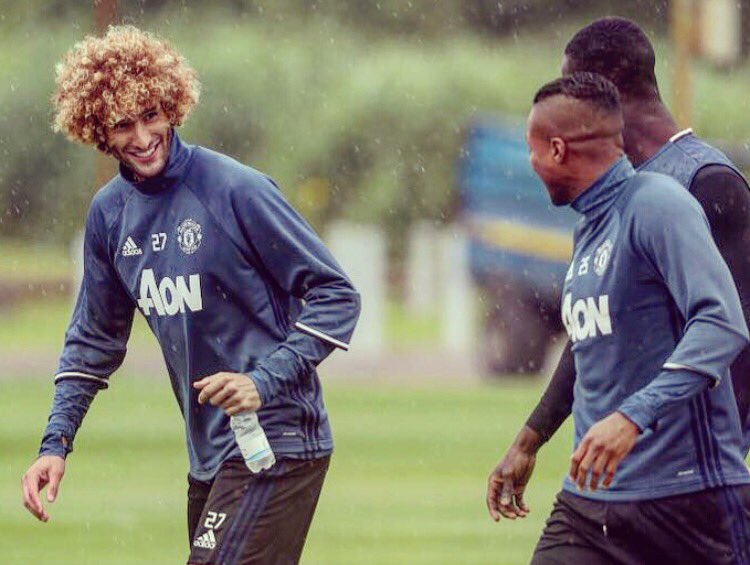 Fellaini has been on the books of the United since 2013, but is not guaranteed a permanent place in the playing eleven. The midfielder has been in and out of the squad at Old Trafford and has failed to make an impact the form he showed at Everton.

The Black Cats’s supporters have taken to social media site Twitter to express their thoughts to speculation linking the club with a move for Marouane Fellaini this summer…!

Am I the only Sunderland fan that wants to see Fellaini in red and white next year ? #safc

We’re also keen on signing N’Zogbia permanently. If we get; M’Vila, Fellaini, Januzaj, Yedlin too I’ll be v happy. Need a striker tho #safc

Hoping we can get Fellaini, M’Vila and and RB over the line before the City game #SAFC #trustinmoyes

Fellaini would be a ‘next level’ signing, therefore we won’t get him. #SAFC

We’re usually up against it with 11 men so if we sign Fellaini we’ll be right up against it given his on-pitch transgressions. #SAFC

Hoping Man Utd buy Pogba so it’ll pave the way for Fellaini to Sunderland. Next week massive for us #safc

Moyes wants to sign Fellaini, this would make me very happy #SAFC #faveplayer

Fellaini would be an excellent signing for #safc Unplayable for Everton at times and Moyes knows how to get the best out of him.

Why are people so confident that we are going to sign fellaini? Never going to happen #SAFC