Manchester United and Liverpool are at the head of the queue to sign RB Leipzig centre-back Dayot Upamecano.

The RB Leipzig defender has established himself as one of the most highly-rated prospects in world football, leading to widespread interest in his signature. 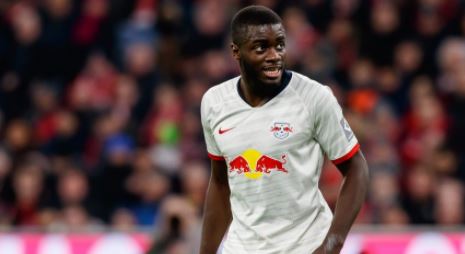 The France international has extended his contract earlier this summer until 2023, ending the chances of a transfer during the summer transfer window.

However, Bild suggests that Upamecano possesses a £38m release clause in his current contract which can be activated next summer.

The Red Devils and The Reds are both considered to be the frontrunners for the centre-back as they look to bolster their respective defence.

The report adds that when the 21-year-old defender will be available for just £38m next summer.