While Manchester United’s defence has been improving over the course of the season, one still get the feeling that the Red Devils will let their fans down and concede a goal in most of their upcoming games.

That has led to plenty speculation about potential incomings to the Old Trafford although nobody has arrived to boost the centre of the unit since the summer, however, that could be about to change at the end of the summer, as noted by https://www.bestusaonlinecasinos.com.

A report from Calciomercato has claimed that Fiorentina’s Serbian defender Nikola Milenkovic is refusing to sign a new contract with the club, so they have a choice to make when you consider his current deal expires in 2022. 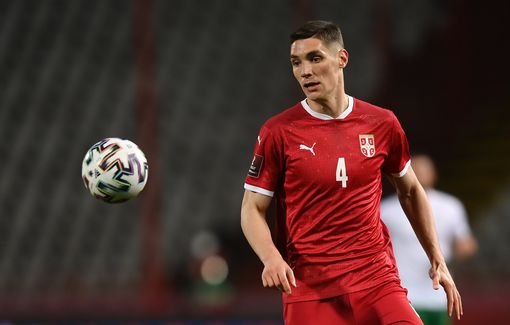 The Serie A side will either need to cash in next summer or allow him to leave for free the year after, but they go on to suggest that he’s expected to move to England to sign for Man United.

He’s still only 23 but he’s been a solid defender in Italy for a few seasons now, so his touted price tag of €35m could actually be seen as a bargain by many if he continues to improve.

He’s also a regular in the Serbian national side so the comparisons with Nemanja Vidic will be inevitable, so it looks like he could be a great signing for United if they could agree a deal with Fiorentina.

They do point out that Inter Milan and Juventus are also showing an interest, but he’s expecting to move to England so that puts Man United in pole position for now.

Ole Gunnar Solskjær’s side returns to action in the Premier League this weekend against Everton in what many online casino games are tipping the hosts as the big favourites here. Manchester United are odds-on at 4/7 to secure all three points and to continue their title charge.

The draw is 4/1 and Everton are out at 6/1 to get what would be their first Premier League win at Old Trafford since 2013. It’s 7/4 for an Everton win or a draw double chance if you fancy the hosts to drop points.