Liverpool have reportedly identified Real Betis left-back Junior Firpo as a potential summer signing, according to Spanish outlet Sport, as quoted by the Daily Mirror.

The Reds are lining up a move to sign Junior Firpo as a replacement for Alberto Moreno in their squad. 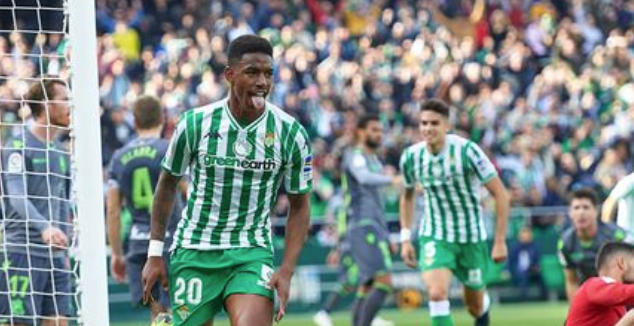 Moreno left the Merseyside outfit on a free transfer this month after the Premier League giants opted not to renew the Spaniard’s contract at Anfield.

The report says that Liverpool manager Jurgen Klopp is keen to add more depth to his squad and has identified Firpo as an ideal signing.

The 22-year-old has a £45m release clause with the La Liga outfit, and it remains to be seen whether the Reds would be willing to pay that much.

Firpo has been impressive for Betis last season, contributing three goals and four assists in 24 appearances in the Spanish top flight.