Liverpool FC and Manchester United are closely monitoring the rise of Manchester City starlet James McAtee, according to The Sun.

The 19-year-old has a number of potential suitors who are getting ready to test the Citizens’ resolve to keep the teenager. 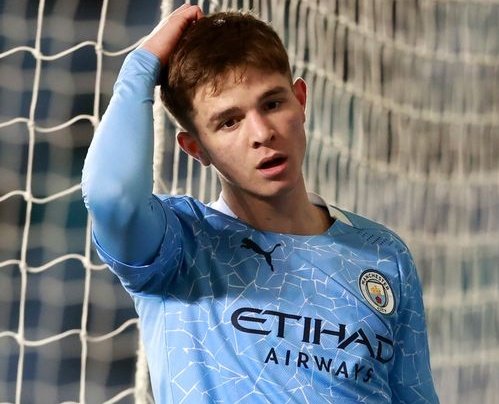 McAtee hasn’t signed a new contract with the Premier League champions, there is now some uncertainty surrounding his future at the Etihad Stadium.

City want him to sign a new long-term deal worth £8,000 a week despite the midfielder having 18 months left to run on his contract.

The report goes on to claim that Man United and Liverpool are both interested in the English teenager following his impressive performances for the club’s Under-23 side and the England U20 squad.

McAtee made his first-team debut during City’s 6-1 win over Wycombe Wanderers in the EFL Cup last week.

Manchester City are back in Champions League action with a trip to Club Bruges on Wednesday night.