The newly-promoted Premier League outfit Leeds United are reportedly monitoring the progression of Emiliano Martinez ahead of a potential bid for Arsenal goalkeeper, according to The Mail.

The Whites are keeping tabs on the Argentine’s situation at the Emirates.

Marcelo Bielsa’s side have reportedly expressed an interest in making an audacious move for the 27-year-old stopper following his eye-catching displays over the past few months. 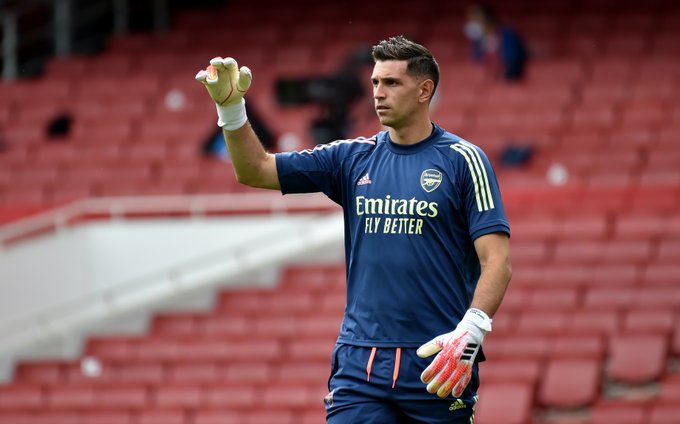 The Gunners are willing to listen to offers for their second-choice despite Martinez’s outstanding performances in the absence of Bernd Leno.

The report goes on to claim that Leeds want to bolster their squad ahead of their first season back in the English top flight.

The former Argentina Under-20 international would bring proven Premier League experience to their squad in spite of the Whites having signed Ilian Meslier between the sticks.

The north Londoners will consider selling Martinez if they receive an offer in the region of £20million.

Martinez has helped the Gunners to win the Community Shield and the FA Cup.