Everton have apparently emerged as the ‘frontrunners’ to complete a deal for Real Madrid midfielder James Rodriguez.

Despite months of speculation about his future, it was reported earlier this week that Madrid intend to keep hold of the Colombian for the rest of the season. 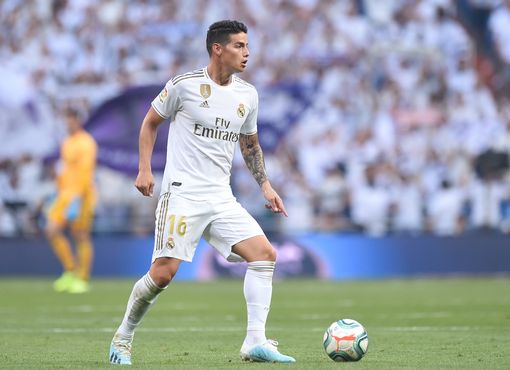 However, regardless of Los Blancos’ reported stance, El Desmarque reports that Everton hold a strong interest in the 28-year-old playmaker.

The report claims that Everton newly-appointed boss Carlo Ancelotti is eager to work with the midfielder, who he initially wanted to sign at Napoli before his departure.

While the Spanish giants are said to value Rodriguez at £43 million, The Toffees are prepared to meet the given valuation, whether that be next month or in the summer.

Rodriguez has made just five starts in all competitions since the 2019-20 campaign.