The Telegraph have reported that Chelsea are looking to make a £22.4 million bid for Ajax defender Nicolas Tagliafico.

Chelsea boss Frank Lampard is intent on signing a new left-back during the summer window, although the financial impact due to the coronavirus pandemic will affect transfer business for clubs across the world. 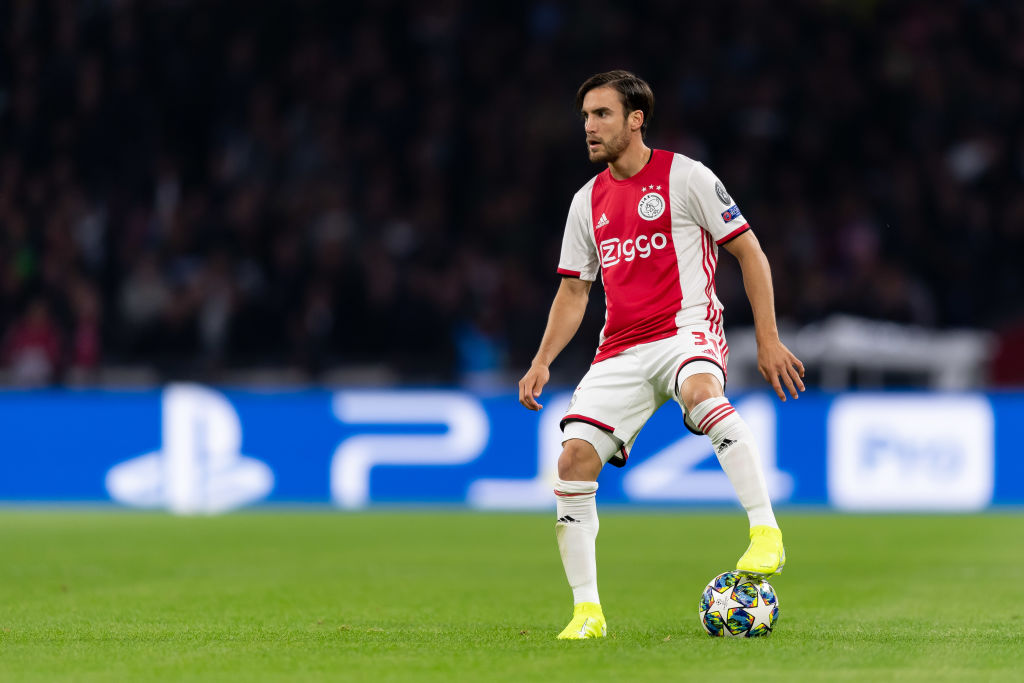 The Blues have previously been linked with a move for Leicester City left-back Ben Chilwell, but the Englishman’s £40m valuation has reportedly led to Lampard withdrawing his interest in the 23-year-old defender.

The Telegraph claims, Ajax defender Nicolas Tagliafico would be a cheaper option for the West Londoners for a fee of just £22.4m.

The Argentine’s agent recently confirmed that the left-back would seek pastures new this summer.

The 27-year-old defender has contributed three goals and four assists during the 2019-20 Eredivisie season.

Tagliafico will see his current at the Dutch outfit expire at the end of next season.