Chelsea are still at the head of the queue to sign Bayer Leverkusen ace Kai Havertz, despite Real Madrid also entering the race to sign the midfielder, according to the Sun.

The report goes on to claim that Bayern Munich, Liverpool and Manchester United are also monitoring the situation ahead of a possible bid during the summer. 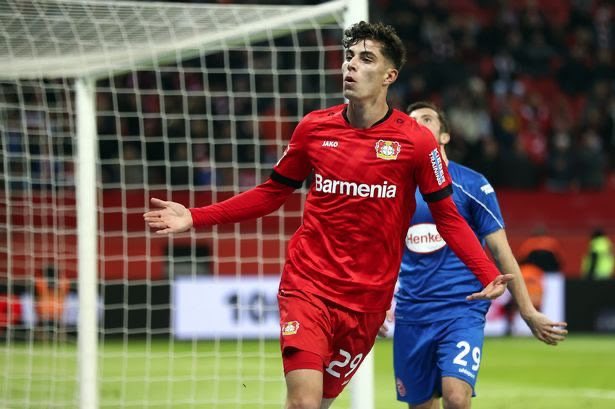 The 21-year-old versatile attacker is keen on a move to the Premier League, with the report claiming that it will take a bid of around £70million to prise the youngster away from BayArena.

Die Werkself had hoped that they could retain their asset for next season, but with a growing interest in the German international, they’re aware that there’s a slim chance he remains with the Bundesliga outfit.

Chelsea have shown a strong interest in the starlet recently, which is why they’re in pole position in the race to the player’s signature.

Havertz has been sensational in this campaign, contributing 15 goals and eight assists.