The Catalan giants Barcelona are close to completing the signing of Ajax midfielder Frenkie de Jong.

A number of Europe’s top clubs have been linked with a move for the Dutchman in recent months, with the likes of Manchester City, PSG and Bayern Munich are all understood to be interested in his services. 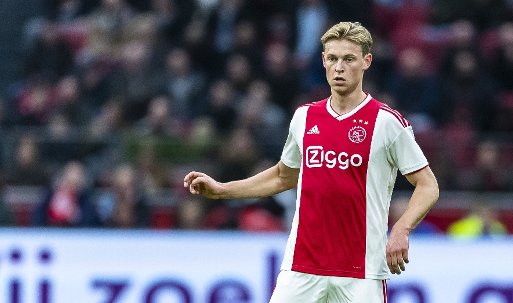 However, Barca are thought to be leading the race and Mundo Deportivo reported that the Spanish champions have now met De Jong’s wage demands.

Barcelona are thought to be the 21-year-old’s preferred choice having a desire to play in Spain, and the prospective deal seems to be edging closer.

Although, Ajax are reluctant to sell their star player in midway through the season while they are still in Champions League and Eredivisie contention.

De Jong has scored three goals and creating one more in 27 appearances across all competitions this season.