Arsenal have reportedly tabled an £8.8m bid for Eintracht Frankfurt winger Aymen Barkok last summer, according to reports in the German media Spox.

The report suggests that, the Gunners have made an offer for the Germany Under-19 international in the summer transfer window. 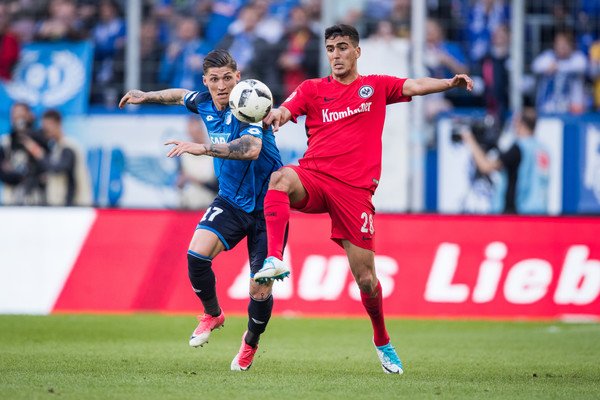 Arsenal manager Arsene Wenger has been tracking the teenager for some time as the midfielder continues to build an impressive reputation at Bundesliga.

The 19-year-old attacker, who has three years remaining on his current deal with Die Adler – scored two goals and registered two assists in 19 appearances across all competitions last term to attract interest from the Emirates outfit ahead of the 2017-18 campaign.

The north Londoners finished in 5th place in the league table last season to miss out on a place in the Champions League next term.