Le Havre midfielder Pape Gueye is reportedly on the radar of Arsenal ahead of the summer transfer window.

The Frenchman has been touted as a combination of N’Golo Kante and Paul Pogba.

With less than 18 months left to run on his contract, several clubs across Europe are said to be monitoring Gueye’s development. 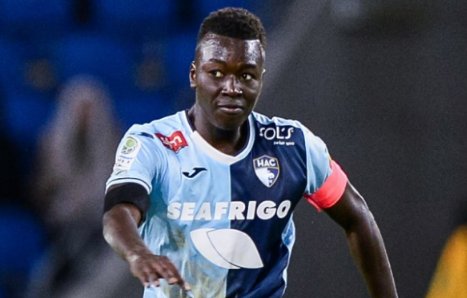 According to Estadio Deportivo, Arsenal are interested in adding the 21-year-old midfielder to their ranks during the summer transfer window.

The Gunners are no strangers to signing youngsters from France, recently brought in Matteo Guendouzi from Lorient in 2018.

AC Milan, Udinese and Sevilla are also said to be keeping close tabs on Gueye, who racked up 22 Ligue 2 appearances this season.