Barcelona midfielder Arda Turan is reportedly the subject of interest from the Premier League giants Arsenal.

The Turkey international, who has outlined plans to leave the La Liga outfit next month after failing to get a single minute of game under Ernesto Valverde. 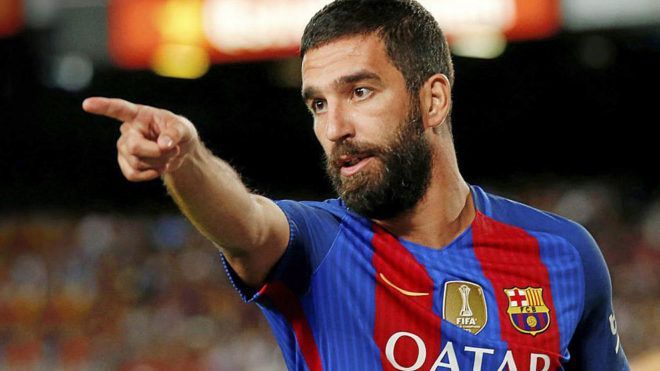 A plenty of clubs have reportedly been linked with Turan’s signature, most notably the Gunners, whom the 30-year-old attacker is rumoured to have held talks with a few weeks ago.

The report claims, however, Turan, who has a contract with Barca until 2020 – has decided to return to his homeland with Besiktas in the coming days.

The Turkish giants are currently fourth in the league table and are also into the last 16 of the Champions League.

Turan has been with Blaugrana for more than two and a half years and has won one La Liga title and two Copas del Rey.