The Gunners boss Mikel Arteta is intent on signing a left-back to bolster his ranks in that position before the new season. 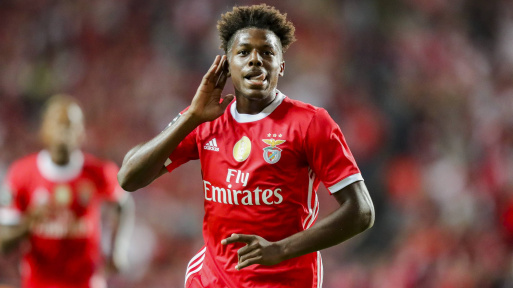 According to transfer expert Fabrizio Romano, the North Londoners have already touched base with Tavares’s representatives over a move, and the defender ‘dreams’ of testing himself in the English top flight.

Arsenal are in direct contact with Nuno Tavares agents. Player priority is joining #AFC as he dreams of Premier League future, personal terms won’t be an issue – it’s up to Arsenal. ⚪️🔴

Lokonga has same priority: he’s not considering Serie A bids until Arsenal are in the race. https://t.co/m8S3FwY4h9

The 21-year-old Portuguese defender ended the 2020-21 season with three assists from 25 appearances in all competitions.

Tavares is contacted to the Primeira Liga outfit until 2024, and the Gunners will supposedly have to fork out somewhere around £12.8m to secure his signature.