Arsenal and Liverpool to lock horns over Thomas Lemar

According to The Daily Mirror, Arsenal and Liverpool on high-alert, with both sides set to lock horns in the race to secure the signature of Monaco attacker Thomas Lemar next summer.

The Gunners are set to renew their interest in the Frenchman next year after been heavily linked with a move for the midfielder this summer. 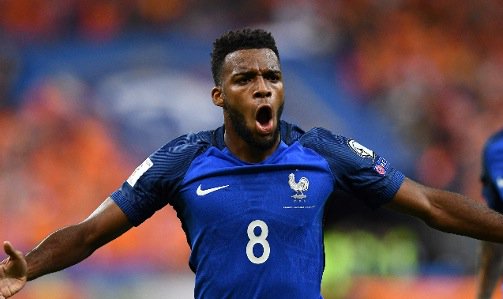 The same report adds that both Arsenal and Liverpool have expressed serious interest in signing the 21-year-old playmaker in the summer transfer window but a move to the English football failed to materialise for Lemar.

However, the report claims that both Premier League clubs retain a long-term interest in signing the attacker from the Ligue 1 champions, and could be set for a transfer battle next summer for the player’s signature.

It is unlikely that Lemar would leave the Stade Louis II in the January transfer window in the lead-up to next FIFA World Cup 2018.

The Gunners ended up only signing Alexandre Lacazette and Sead Kolasinac in the summer.