West Ham United have reportedly stepped up their interest on signing Wilfried Bony from Manchester City.

The Hammers have already completed their summer-long search for a new world class striker when they signed Andre Ayew from Swansea City, but the Ghanaian forward has since been ruled out for four months through injury. 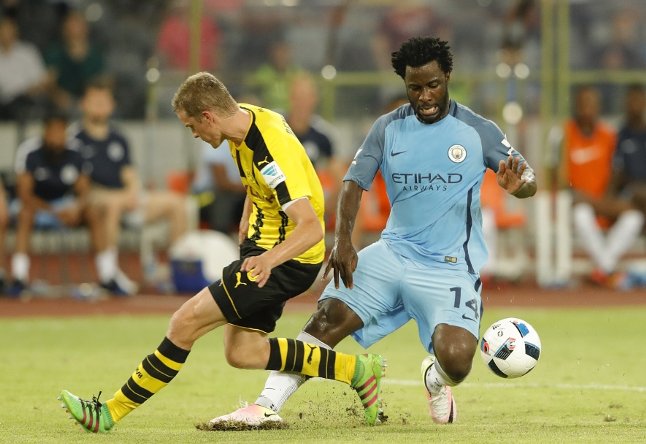 Meanwhile, the England international Andy Carroll has also ruled out of injury, which could see manager Slaven Bilic return to the summer transfer window for yet another attacking reinforcements.

Bony, 27, is understood to be surplus to requirements at the Etihad Stadium having failed to appear in any of the club’s games so far this season.

The Ivory Coast international has scored four goals in 26 Premier League appearances last season, is now far behind the pecking order at City.

Bony to Olympic Park would be a great deal for Slaven Bilic, who is desperate on signing a new striker before the transfer window shuts down.