Real Madrid manager Zinedine Zidane ramped up his interest in signing Chelsea superstar Eden Hazard to replace Gareth Bale in the summer transfer window, should the Welshman leaves the Bernabeu. 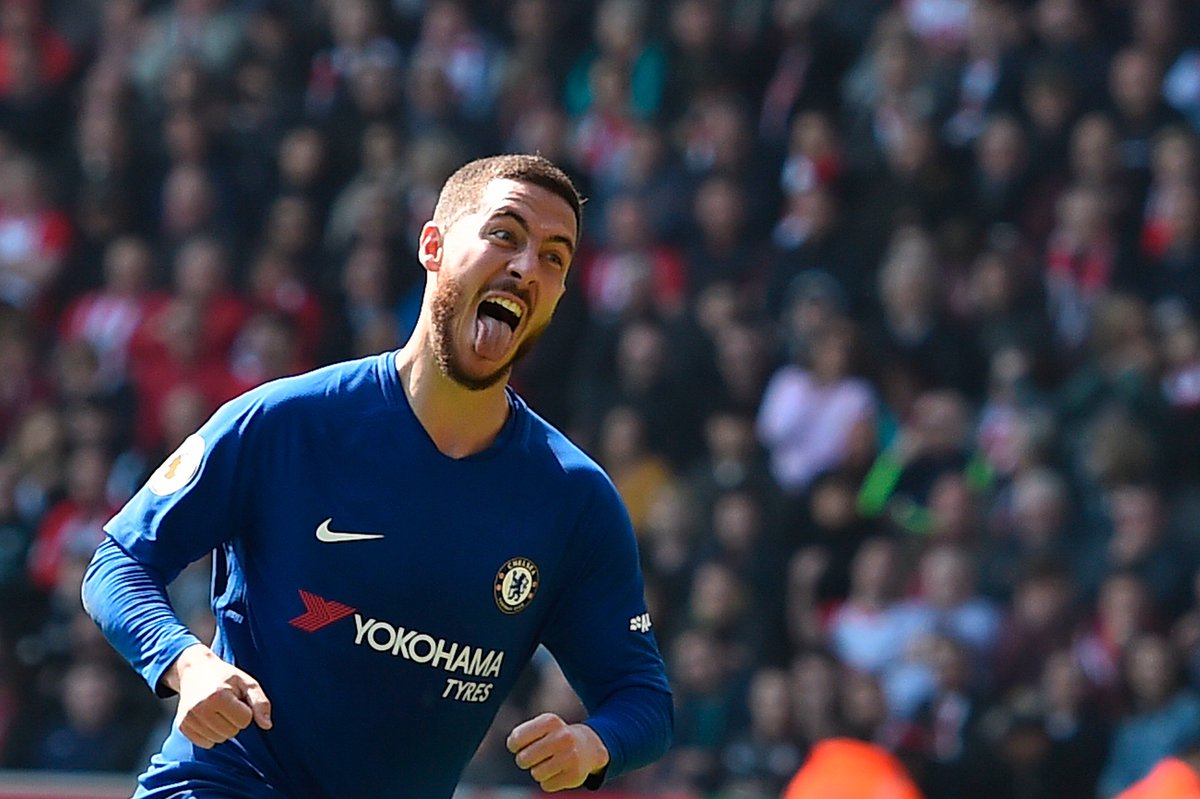 Bale has struggled this term, while the Spanish giants sit fourth in the league table, with 17 points behind Barcelona.

The 28-year-old forward has scored fair share of goals for Los Blancos, with 81 in 183 appearances but has been linked with a move away to Manchester United, Chelsea, Liverpool and other European heavyweights.

But now according to reports from Metro.com, Chelsea midfielder Eden Hazard is Zidane’s top replacement for Bale despite the Blues’ struggles this season in the Premier League.

The 27-year-old Belgian has been a pivotal figure at the west London side since his arrival and has established himself from strength to strength, despite showing signs of inconsistency.

Hazard scored 16 goals in 45 appearances for the Blues, including a two-month drought that ended in a 3-2 win over Southampton.