While Manchester United’s rebuilding job continues under new boss Erik ten Hag, his signings of Lisandro Martínez and Christian Eriksen have been overshadowed by uncertainty surrounding Cristiano Ronaldo’s future. The manager also had to lay the law down after Ronaldo and others left a pre-season friendly early – hardly ideal preparation for the season ahead! Live score of the match starts at 2pm UK time on Flashscore. 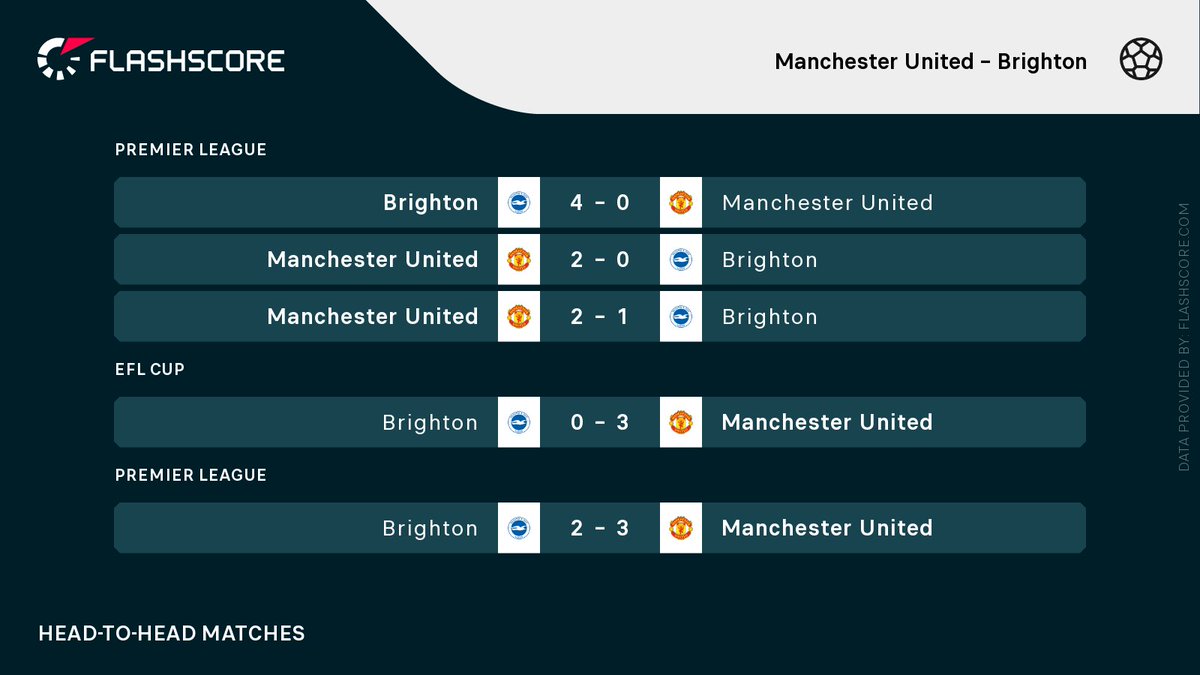 On the pitch, the Red Devils seek improvement on last term’s sixth place after limping home with one win in their last six Premier League (PL) games (D1, L4) including a 4-0 humbling by Brighton & Hove Albion on the penultimate matchday. Man United will hope never losing a home H2H (W12, D2) and winning ten of their last 13 PL- opening fixtures can buffer them against a repeat.

Nevertheless, Brighton manager Graham Potter will lead his side to Old Trafford believing they can make more history after their first top- half PL finish last season. His stock will rise further if he can match that ninth place, particularly after the likes of Yves Bissouma left the club this summer, with all eyes on how they reinvest following big- money sales.

Brighton were stronger on the road last term than at home, picking up 57% of their PL points away from the AMEX Stadium, notably winning

all but one league road game in which they scored first (W6, D1). That suggests if they’re to break new ground and prevail at Old Trafford, their best chance is to strike first.

Players to watch: All five of new Man United signing Eriksen’s goal contributions for Brentford last term (G1, A4) were in victories, four of them in games featuring over 2.5 goals. Meanwhile, Brighton’s Pascal Gross netted between the 40th and 60th minute in all three of Brighton’s previous PL H2H wins.

Hot streak: Brighton won their first league away game in each of the last three seasons – each fixture produced exactly three goals.