Arsenal have emerged as rumoured suitors for PSV Eindhoven forward Hirving Lozano this summer, according to Transfer Market Web, as quoted by talkSPORT.

The Gunners are reportedly interested in a deal to sign the Mexico international in the current transfer window. 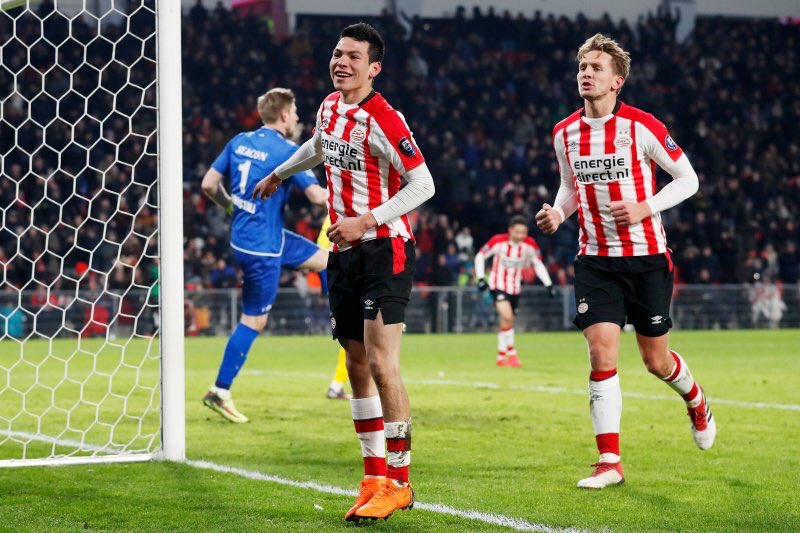 The report claims that the north London outfit have already made an approach for the World Cup star with a view to a transfer ahead of next season.

Lozano has impressed at the World Cup in Russia after scoring in a 1-0 win over Germany in their opener before the striker made an assist in their 3-0 win against South Korea.

The 22-year-old has scored 19 goals and provided 11 assists in 34 appearances in the Dutch top flight last season following his move to Eredivisie outfit from Pachuca last summer.

The Dutch outfit spent £7m on Lozano but PSV are confident to demand three or four times that amount if Arsenal want to sign the Mexican ace.

Lozano’s current contract is valid until 2023 after he penned on a six-year deal upon his move to PSV in the 2017 summer transfer window.